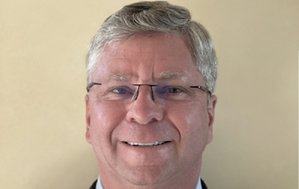 Dan has a proven track record of driving growth in multiple global companies over a 30+ year career with demonstrated expertise in the capital markets, financial services and technology industries.

He worked for General Electric Company for 29 years, where he held a variety of senior positions at GE and GE Capital, including Chief Marketing Officer of GE and Six Sigma quality leader at GE Capital.  He also served as CEO of a number of GE Capital’s financial services businesses in the U.S. and internationally.

Since 2016, Dan has held a wide range of executive and non-executive board positions.  He was previously Director of Healthcare Trust of America and lead Director of OnDeck Capital.  Following that, he served on the boards of various Blackstone investments including as non-executive Chairman of Exeter Finance, a leading auto finance company, and non-executive Chairman of Tempo Holdings, the former parent company of Alight Solutions, a leading cloud-based provider of integrated digital human capital and business solutions.

Following the listing of Alight Solutions on the NYSE in July last year, after a business combination agreement with Foley Trasimene Acquisition Corp., William P. Foley II became Chairman of the newly formed board and Dan was appointed as Director with responsibility for overseeing the nomination and governance committee.  He also serves as non-executive Chairman of IntraFi Network, a privately held firm serving approximately one-third of all U.S. commercial banks and thrift institutions.

Dan holds a B.B.A. in Marketing from George Washington University.