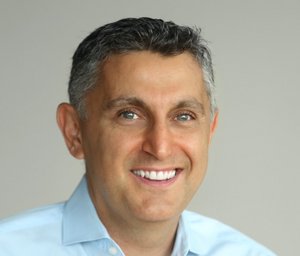 Afshin joined Paysafe as its CEO, U.S. Acquiring, in July, 2020, bringing over two decades’ leadership experience in payments. In his role, he is charged with bringing to life Paysafe’s vision of being the U.S.’s leading payments solutions provider.

Before joining Paysafe, he was President of Priority Payment Systems (PPS), a Georgia-based payments technology company serving over 174,000 American merchants. Before that, he held the role of President and CEO of New York-based Cynergy Data until its merger with PPS in 2014. Earlier in his career, he served as Executive Vice President and General Counsel of iPayment and was instrumental in the formation of the company – itself acquired in by Paysafe in 2018.

Afshin holds a Bachelor of Business Administration (BBA) degree from Emory University’s Goizueta Business School in Atlanta and a Juris Doctor (JD) law degree from the University of Miami in Coral Gables, Florida.