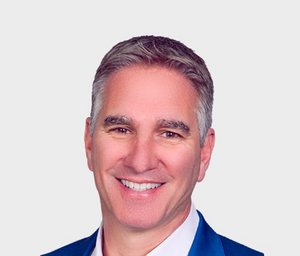 Joel Leonoff serves as Vice Chairman of the Board of Directors. Before that, he was President and CEO of Paysafe Group, a company which he originally founded in 1997.

Joel is an entrepreneurial leader and a visionary with a proven track record of managing high-growth technology companies, having served as CEO, COO and CFO of privately and publicly traded companies for nearly twenty years. In 1997, Joel founded SureFire Commerce Inc., which merged with the Optimal Group in 2003 to form Optimal Payments.

In 2011, Optimal Payments merged with Neovia Inc. (NETELLER) and the company later completed the acquisition of the Skrill Group in August 2015 to form the Paysafe Group, which was a highly successful FTSE 250 Public Company prior to being purchased by CVC and Blackstone in late 2017.

Joel has previously created the e-commerce powerhouse BCE Emergis through the merger of Mpact Immedia Ltd with Bell Canada Enterprises in the late 1990's.

Joel also served as Group Operations Director and COO of Partygaming Plc, a FTSE listed company. Joel is a Chartered Accountant with a Bachelor of Commerce Degree (James McGill Award) and has a Graduate Diploma in Public Accountancy (C.D. Mellor Award) from McGill University.