Driven by performance,
defined by safety

Paysafe and Indy car – The pursuit of a dream

Paysafe supports the pursuit of a dream, champions the up and coming no matter how big or small it may be. This year, the extended race partnership with IndyCar reflects Paysafe’s intention to build its brand in the North American market and embodies the ongoing mutual focus of both Paysafe and the Dale Coyne Racing team of ‘identifying and supporting emerging opportunities coupled with delivering performance at the highest level.’

Indy car racing is extremely high profile in North America, a region where Paysafe sees significant growth opportunities for its business. It makes strategic sense to build on Paysafe’s initial involvement in last year’s season, and make its full debut as a leading partner in the 2018 season. This partnership programme is a central component of Paysafe’s North American brand strategy.

The drivers of the Paysafe car

Zach and Pietro are both exceptional drivers who embody the very spirit that defines Paysafe: a laser focus on performance at the highest level combined with a proven track record of speed, agility and safety. This makes them both fantastic brand ambassadors and Paysafe wishes them every success in their respective races piloting the Paysafe car. 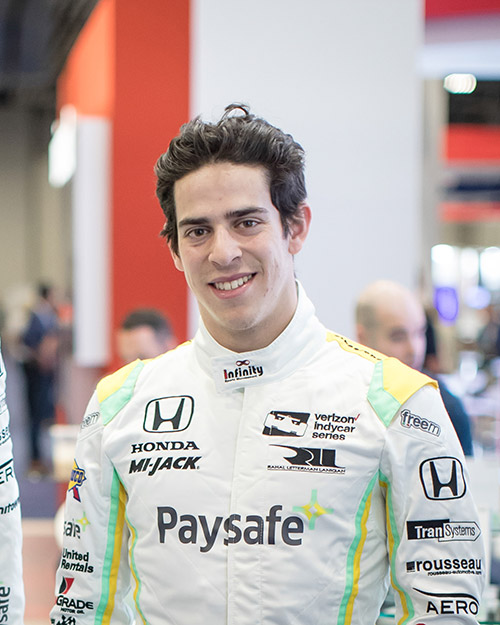 Zach began his campaign to reach the highest tiers of motorsports in 2006 (aged 8), when he was discovered by a group of professional drivers at the local go-karting track, and seized his first Canadian National Karting Championship at age 12.

By 2015, after two additional Canadian National Championships, Zach made the jump to open-wheel racing in Europe’s Formula 3 MSV Cup, where he posted an undefeated record while only competing part-time. Zach’s 2016 results in his first full-time drive in Indy Lights drew the attention of Carlin Motorsports, the 2016 defending champions.

In 2017, upon signing with Carlin for his sophomore season in open-wheel racing, Zach earned his first Indy Lights race win, set 3 fastest laps, and delivered seven top 5 and thirteen top 10 finishes. In just his second year, Zach exceeded the pace of his Indy Lights competitors with up to triple his experience.

Later in the same year, with Paysafe’s backing, Zach made his debut in Indy car racing by competing in the Sonoma race in September.  At 19, he is one of the youngest drivers ever to have competed in the series.

Grandson of the two-time Formula 1 World Champion and double Indy 500 winner, Emerson Fittipaldi, Pietro quickly rose as one of the brightest talents in junior racing and became the first Latin American NASCAR champion in the Limited Late Model category at just 15 years old.

Continuing the Fittipaldi legacy, Pietro honed his driver’s skills with promising debut stints in the single-seater 2013 Formula Renault BARC and BRDC F4 Championships – including podiums and a race win, showing his seamless transition from stock car to open-wheel racing since 2010. 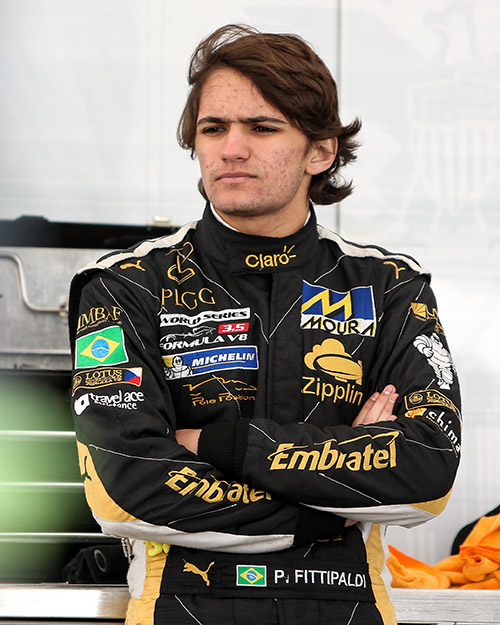 The Verizon IndyCar Series is the premier open-wheel racing series in the United States. It offers one of the most diverse and challenging schedules in motorsports with races held on ovals, permanent road courses and temporary street courses.

This year, the Verizon IndyCar Series opens on March 11 in St. Petersburg, Florida, and concludes in Sonoma, California, on September 16. DeMelo will be the first of the pair to take the wheel of the Paysafe car in the first three road course races that include the opening race in St. Petersburg on the 1.8-mile temporary circuit set up on city streets and a runway of Albert Whitted Airport.