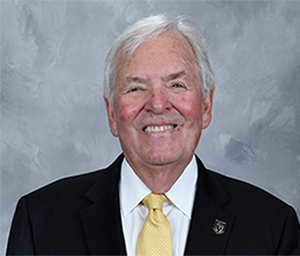 Bill Foley is Chairman of Cannae Holdings, Inc. (NYSE: CNNE) (“Cannae”) since 2017. He has more than 30 years experience as a board member and executive officer of public and private companies in a wide variety of industries, and a strong track record of building and maintaining stockholder value and successfully negotiating and implementing mergers and acquisitions. Bill has driven favorable outcomes due to his operational expertise, disciplined industry consolidation and rapid execution on cost-reduction opportunities in connection with mergers and acquisitions.

Bill is also founder of Fidelity National Financial, Inc. (NYSE: FNF) (“FNF”), and has served as the Chairman of the board of directors of FNF since 1984 and previously served as its Chief Executive Officer and President. Bill currently serves as the managing member and a Senior Managing Director of Trasimene Capital Management, LLC, a private company. He also serves as Chairman of Black Knight, Inc. (NYSE: BKI), and Chairman of Cannae portfolio company Dun & Bradstreet (NYSE: DNB).

After receiving his B.S. degree in engineering from the United States Military Academy at West Point, Bill served in the U.S. Air Force, where he attained the rank of captain.