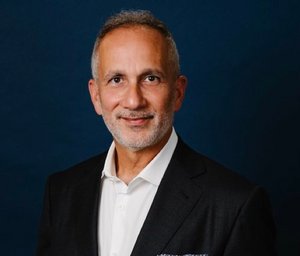 In his dual role as Paysafe’s Chief Operations Officer & Chief Commercial Officer, Danny has a wide and varied range of responsibilities. He also acts as Philip’s deputy across Paysafe; working with him and other executives to help drive the company’s strategy.

In his capacity as COO, he leads the teams who deliver customer services and other operational activities in support of all Paysafe’s business units ensuring best-in-class customer experiences. Included in this is Paysafe’s implementation of state-of-the-art artificial intelligence and automation programs focussed on streamlining and enhancing customer-facing processes.

On the commercial side, Danny and his team are responsible for developing a commercial strategy that cuts across Paysafe’s business units. As part of this, he is also accountable for the company’s global banking and card scheme relationships as well as Paysafe’s M&A agenda and strategic partnership program.

Danny was part of the team that founded Paysafe in 1999 and has throughout his 20+ years with the company maintained his focus on growth – both organic and through acquisitions –strategic delivery, and developing a high energy, fun and rewarding culture. His previous executive positions in Paysafe include many years as Chief Operating Officer and he has also served as Chief Technology Officer and President.

Before Paysafe, Danny served as VP, MIS and Web Development at BCE Emergis, a subsidiary of Bell Canada, and as Director of Operations for AVS Technologies, a leading distributor of consumer electronics in Canada.

He holds a Bachelor of Commerce with a Major in Management Information Systems from McGill University (Montreal) and an MBA from the John Molson School of Business (Montreal).

In his spare time, Danny gets involved in community work and non-profit boards. `