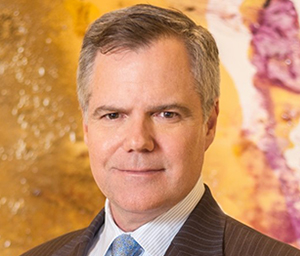 James J. Murren has served as a member of the Company Board since 2021. James was appointed to lead the Nevada COVID-19 Response, Relief and Recovery Task Force on March 22, 2020 by Governor Steve Sisolak. He served on the National Infrastructure Advisory Council from December of 2013 to September of 2020, and has been a member of the Board of Trustees for Howard University since 2016. James first joined MGM Resorts International in 1998 as the Chief Financial Officer and served as the former Chairman and CEO of MGM Resorts International from December 2008 to February 2020. He also served as Chairman of the American Gaming Association from 2014 to 2017 and was on the Board of Trustees of the Brookings Institution from 2011 to 2018. In 2003, James co-founded the Nevada Cancer Institute, which was the official cancer institute for the state of Nevada until 2013. James is also a founding contributor to Nevada’s first Fisher House which provides housing for military and Veterans’ families, which was founded in February of 2016. He also served as a member of the Business Roundtable, an association of CEOs of leading U.S. companies. James received his Bachelor of Arts from Trinity College.